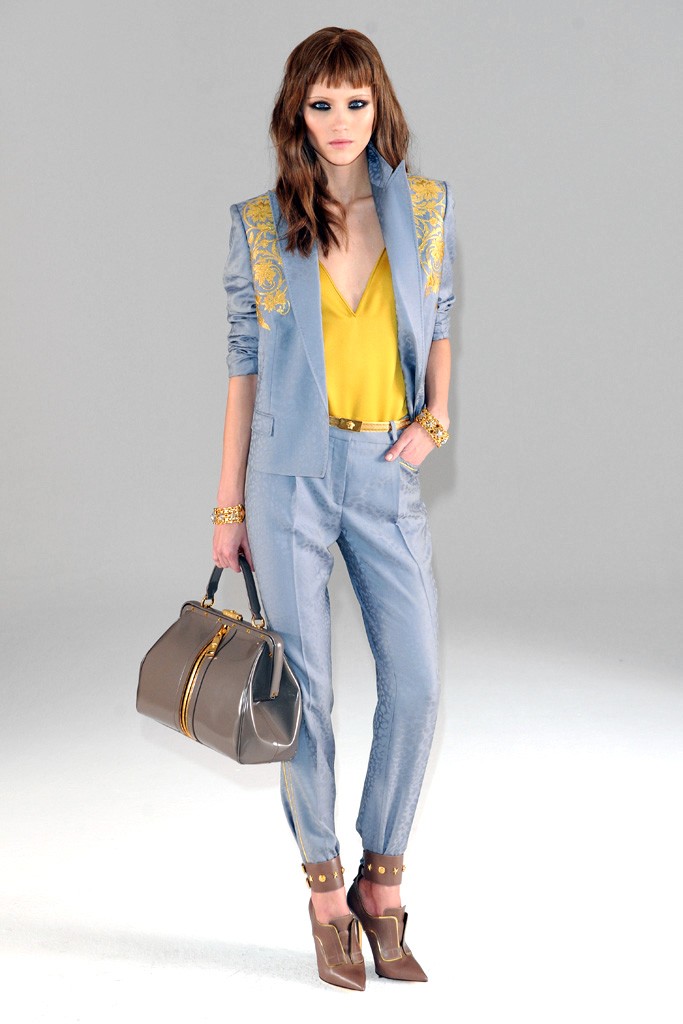 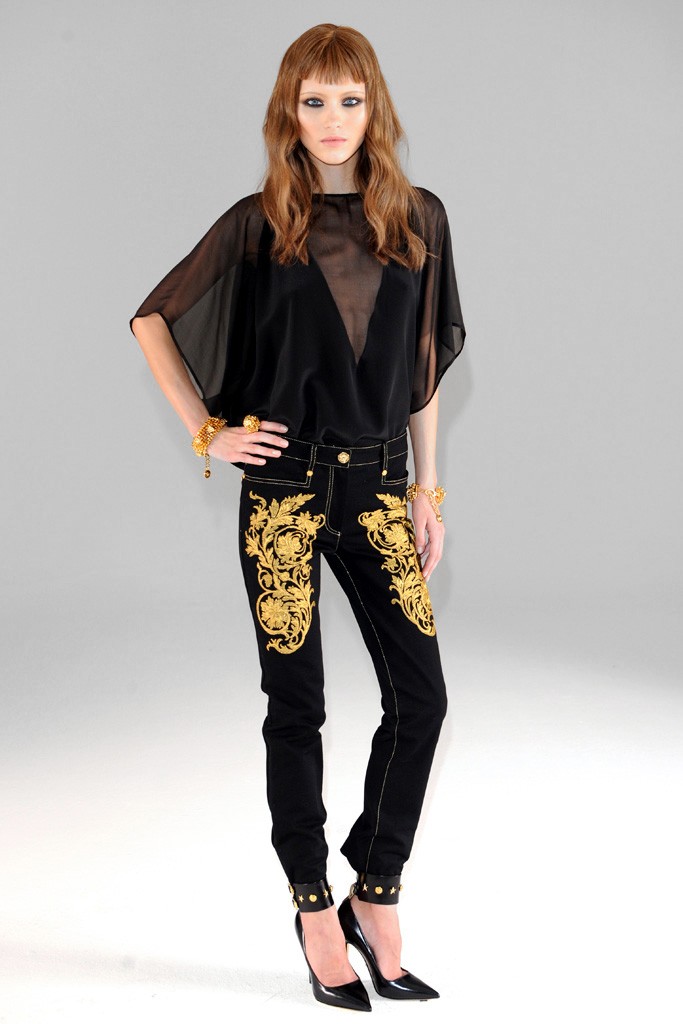 Striking a mood between baroque and rock, Donatella Versace named her pre-fall collection “Barock.” She played with the house’s iconic emblems to enrich the daywear-focused lineup, putting the shoulders — strong, but never too exaggerated — in the limelight and keeping pants slim. The clean pieces were embellished with opulent decorations, such as baroque embroideries made with flattened gold thread on denim pants, jackets and tops. Leopard patterns also were prominent and came printed on a velvet tuxedo and mixed with Medusa and other Versace symbols as the season’s new pop print.