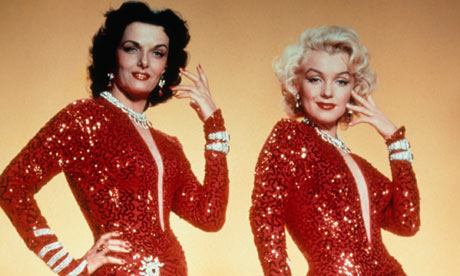 The Swiss company said it would pay up to $1 billion for the Harry Winston brand and its jewelry and watches business, which includes 535 employees and a production company in Geneva.

Memorialized in song by Marilyn Monroe in the film “Gentlemen prefer Blondes,” Harry Winston (HWD)became the first jeweler to lend jewels to an actress for the Oscars red carpet in 1944. He was also famous for donating the Hope Diamond to the Smithsonian Institution in Washington.

“We are proud and happy to welcome Harry Winston to the Swatch Group family — diamonds are still a girl’s best friend,” said Swatch chairwoman Nayla Hayek in a statement.

Harry Winston founded the company in 1932. It was bought by Canadian diamond mining group Aber Corporation in 2006 to create the Harry Winston Diamond Corp, which was listed on the New York Stock Exchange in 2007.

The company’s mining operations — a 40% stake in the Diavik diamond mine, Canada’s largest one operated by Rio Tinto Plc — are not included in the Swatch transaction.

Harry Winston is based in New York and operates 25 retail outlets worldwide, including four licensed salons, and has a global wholesale network for its watches.

The international market for diamond jewelry is worth about $60 billion and growing fast, particularly in China and India. Analysts say China could become the world’s biggest luxury market by 2016.

Swatch sells watches under 19 different brands, including luxury brand Omega. Buying Harry Winston — a deal subject to regulatory approval — will bring it into competition with luxury jewelry market leader Cartier, which is owned by Richemont.