At Target, what goes around doesn’t come around, at least in terms of limited-time partnerships. 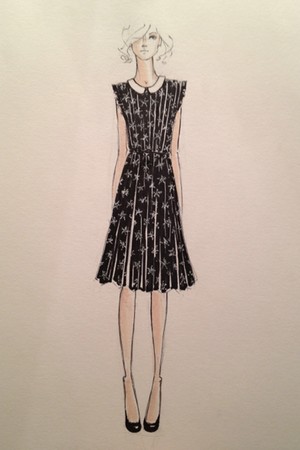 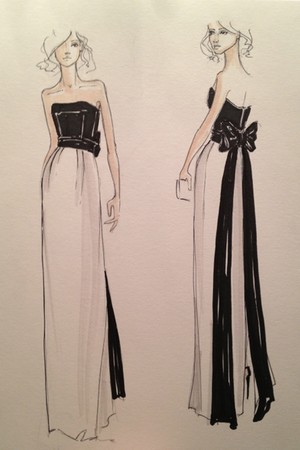 The mass retailer claims to have originated the concept of designer tie-ups, but now it’s changing the formula again to keep people guessing.

“As [designer collaborations] have become more common, our partnerships have taken on many different shapes,” said a Target Corp. spokesman.

Now the Minneapolis-based retailer is redoubling its efforts to keep people guessing as to what its next launch will be. Following Prabal Gurung’s previously revealed collection, launching on Feb. 10, Target said a line of semiformal and special-occasion dresses designed by celebrity stylist Kate Young will bow on April 14 at all of its stores and target.com.

Gurung and Young are considered stand-alone collections and differ from past efforts when programs such as Go International and The Shops at Target fell under an umbrella or had an overarching theme. Target’s first program, Go International, consisted of a series of up-and-coming designers and reportedly grew into a $100 million business. Established designers such as Alexander McQueen and Anna Sui taking inspiration from their respective muses was the basis for the Designer Collaborations series. Then The Shops at Target launched, tapping quirky businesses such as Kirna Zabête and The Webster, whose owners helped design products.

If there is a concept to the next round of introductions, it’s the idea of no common thread running between the collections. “We’re moving ahead, exploring collaborations on different scales and different levels,” the spokesman said.

“Kate is a nontraditional partner for us,” said Trish Adams, senior vice president of apparel and accessories at Target. “This is another example of how we continue to challenge the status quo. This program is markedly different. This is the first time we’ve worked with a stylist. It’s interesting [to work] with someone that may not have formal training. It’s the first time a limited-time collection has been so focused. We always wanted to do a line of semiformal and special occasion dresses. Here’s someone that creates jaw-dropping moments.”

Target’s never been timid about trying new things. However, its joint holiday collection with Neiman Marcus featuring collaborations with 24 high-end designers was widely criticized by retail analysts. The Target spokesman addressed some of the issues, saying, “We’re incredibly proud of the amount of innovation and creativity that was poured into that program.”

He said the company is looking at the program and learning from any mistakes or challenges. For example, there was the timing. “There are two spikes during the Christmas season, Black Friday and last-minute shopping just before Christmas,” he said. “There’s that lull in between. The line was timed to excite consumers during that time. We underestimated that lull. Consumers were fatigued coming out of Black Friday. They were looking for deals. It was priced a bit higher than some of our partnerships because products had real silk, hand-beading and 18-karat gold. We believe we created a price barrier. This is clear given the strong uptick in sales once the collection went on sale at 50 percent off. It was also all about inventory. Missoni + Target sold out in a day. There was so much excitement going into the [Neiman’s] partnership that, in an effort not to disappoint guests, we more than doubled the inventory. We still moved through most of the collection, but there were some barriers we faced.”

Target is known for its in-house design team, which gives collaborators as much or as little help as needed. “Kate’s collection follows the model we used with Jason Wu and Prabal Gurung,” Adams said. “We have one vendor that works with all these [designer] collaborations. Our in-house design team tends to focus on our own brands. In the case of Target + Liberty of London, we were given archival access and our teams designed the products and applied the prints. With Missoni, because the line was so extensive, with over 400-plus items, our team was involved. But not in Young’s case.”

“There’s a little bit of magic in evening,” Young said in an interview. “You put an outfit on in the hope of having a good time. It’s not like being correct or formal. It’s about the magic that entails.”

She said consulting for designers such as Wu taught her “a lot about design and how dresses are made.” In addition to styling celebrities and working with designers on their runway shows, among other things, Young has worked with Target for more than a decade. She styled the vertical fashion show and the Jason Wu for Target look book. “A lot of my clients wear Target,” she said. “Natalie [Portman] wore a lot of the pieces from Rodarte and both Michelle Williams and Natalie wore a lot of Jason Wu for Target.”

Target has also raised the innovation bar in terms of launch events. “We’re in the midst of pulling that together,” the spokesman said about the Kate Young marketing program. He let on that there will be an “incredibly talented, famous photographer and director. It’s step and repeat. It’s flashing bulbs, paparazzi.”

Adams said, “We’ll see what the consumer response is and perhaps explore the opportunity to do formalwear on a regular basis.”

In terms of designers, Adams said Target “will continue to explore new territory.” Just because the retailer is working with Young doesn’t mean it will necessarily continue to work with stylists and avoid designers.

“When we evolve, we’re trying to not do a plus-and-minus situation,” Adams said. “We’re being more democratic. We want to do more with designers. We have more designers coming up this year and over the course of next year.”