Amongst the fashion elite of Paris Haute Couture, Madame Grès was a sculptor for the most famous divas. The Antwerp Fashion Museum will honor her work with a glamorous exhibition open until February 10th, 2013.

Her dreams of becoming a sculptor didn’t amount to much. But the elegant world of fashion design should be grateful that it gave Madame Grès a chance to become the artist she always wanted to be. Born Émilie Krebs, over the course of her 55-year-long career as the queen of silk, Madame Grès sculpted masterpieces out of cloth instead of stone.

The timelessly elegant, evening gowns, cocktail dresses, and jackets make such an impression that it’s hard not to want to wear them out of the museum all the way to your next public appearance. Flowing fabric cascades caress the female silhouette. The dresses posed on mannequins are light and comfortable, despite that some of them are made from more than three meters of Madame Grès’s favorite fabric, silk. A mass of variations, ranging from loose folds and bell-like shapes, to fine filigree pleats show her mastery at its finest. Dresses that are sexy and still extremely elegant. No wonder then than the list of her illustrious customers includes names like Vivien Leigh, Edith Piaf, Marlene Dietrich, Greta Garbo, Grace Kelly, and Paloma Picasso.

A goddess from Olympus

Actress Silvana Mangano wore costumes created by Madame Grès for her role of Penelope in the 1955 film Ulisse. Another unforgettable image is that of Jackie Kennedy in a mint-green evening gown (a homage to one of Jackie Kennedy’s favorite designers, Oleg Cassini) looking like a Greek marble goddess who has just stepped down from Mount Olympus itself. Jackie ordered the gown in 1962 and wore it to the Nobel Prize winner’s reception at the white house. The gown made her the star of the party, despite the presence of guests such as Robert Frost and Pearl S. Buck.

The fabric makes the line

Madame Grès’s dresses flatter curves, and bestow elegance upon their wearers. Fold by fold, she would drape her fabrics directly on the mannequins made to match the dimensions of her famous clients until she had brought her fantasy to life. Only then would she make the first cuts. “I give my dresses the lines and the form that the fabric itself wants to take,” she said of her approach. She never used patterns, and sewed as little as possible to achieve the shape that she wanted, making her a pioneer of seamless dresses.

Above and beyond her popularity with her clients, Madame Grès was a hit amongst her peers as well. Christian Dior once gushed that “every dress she made is a masterpiece”. Other contemporaries such as Hubert de Givenchy and Yves Saint Laurent were equally warm in their praises. Givenchy was admittedly a passionate collector of her work, so much so that the last dress that Madame Grès created before closing her shop in 1988 was a Givenchy commission.

Collectors of her work

In testament to the influence of Madame Grès’s work, the Antwerp Fashion Museum exhibition also shows pieces by fashion giants such as Azzedine Alaïa – he too is a collector of Grès’s dresses – Yohji Yamamoto, Jean Paul Gaultier, Alber Elbaz, and Haider Ackermann. All have paid tribute to Madame Grès in their own way: Yamamoto in his 2005 Couture collection, Gaultier in his 2011 fall/winter collection. For his Antwerp show, Ackermann presented a selection of his work that he associates with Grès’s influence. For him, her work embodies “an endless search for pure perfection”.

The current exhibition provides an interesting contrast with today’s fashion and sheds a light on one of the defining characteristics of the dresses created by Madame Grès: wrinkles for all ages! 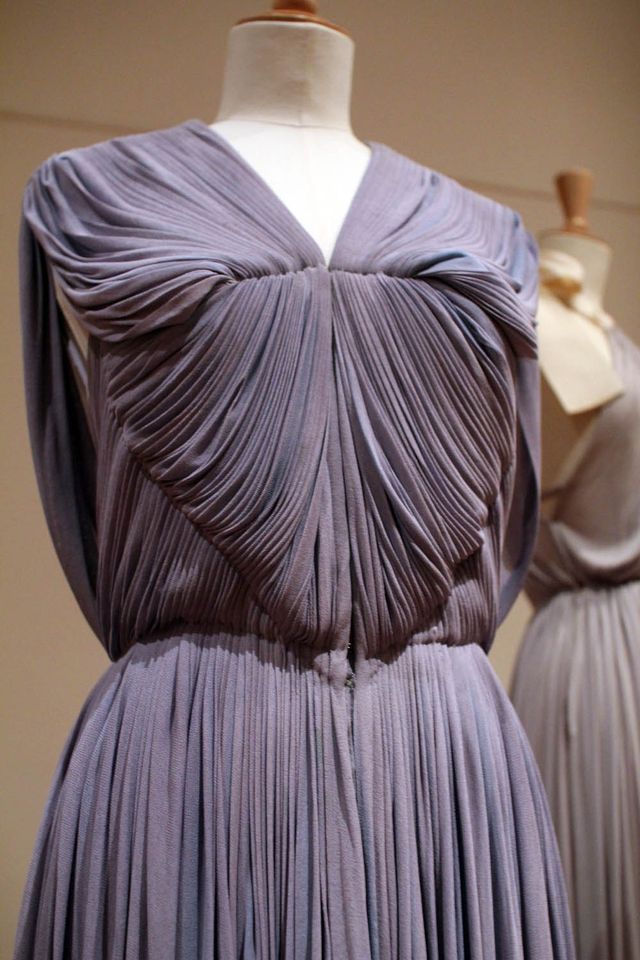 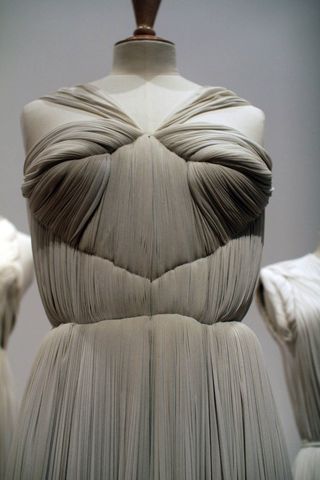 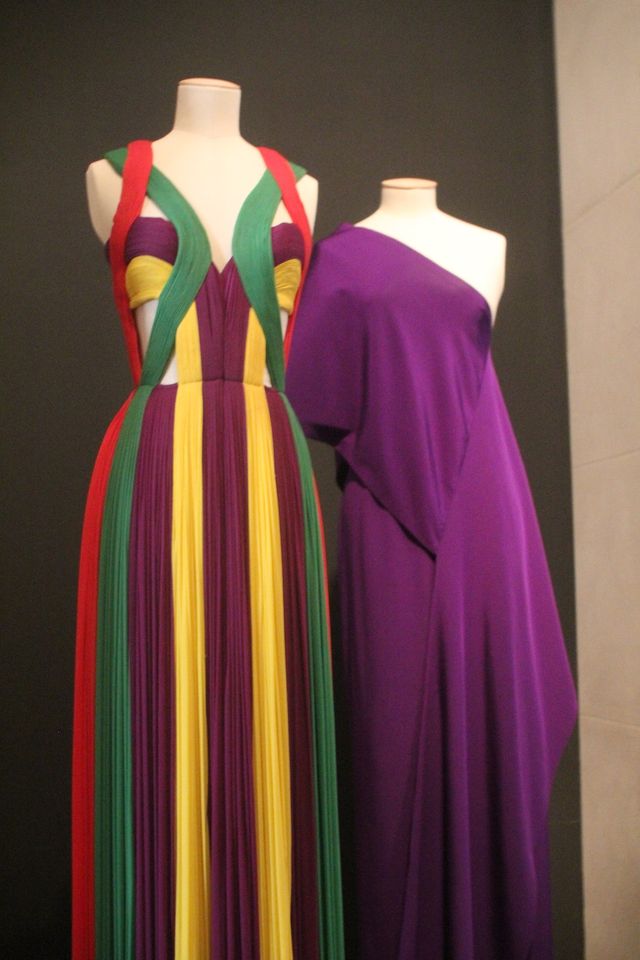 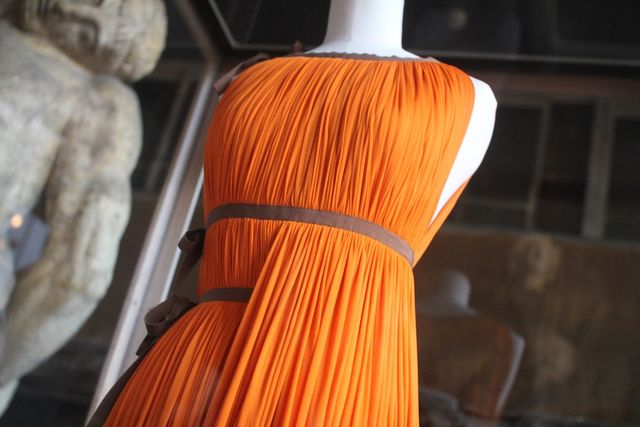 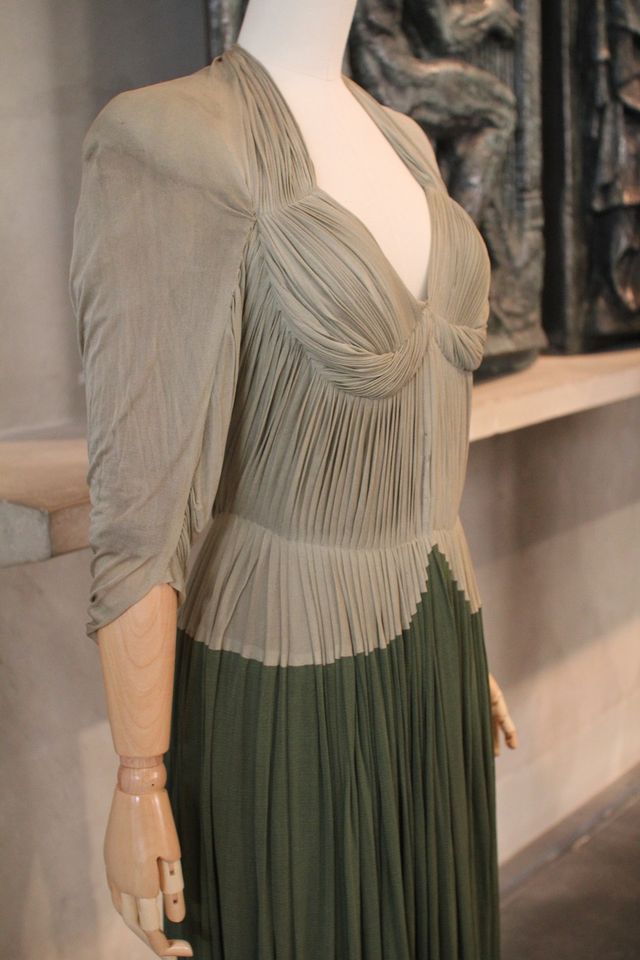 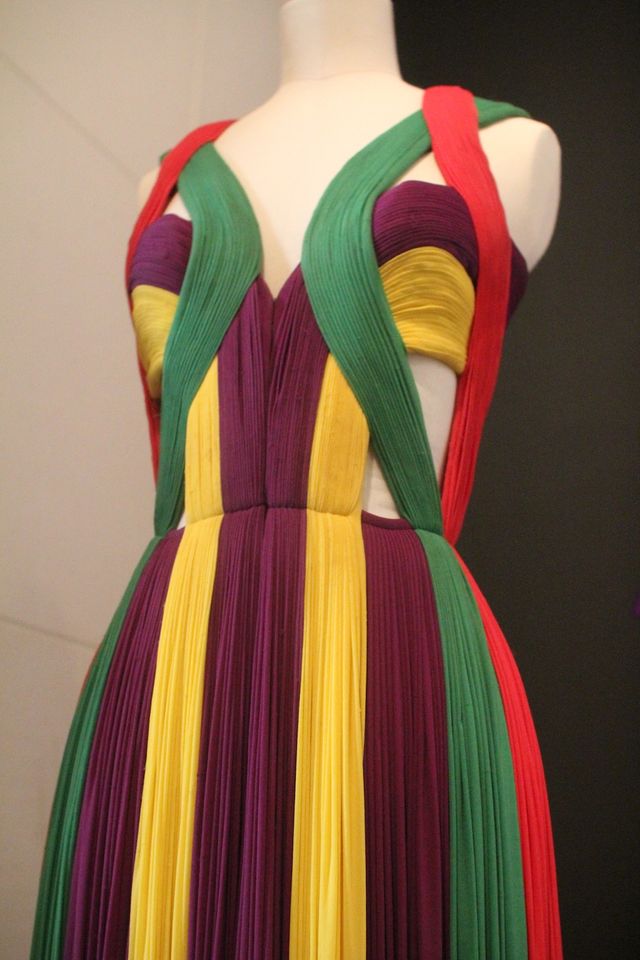 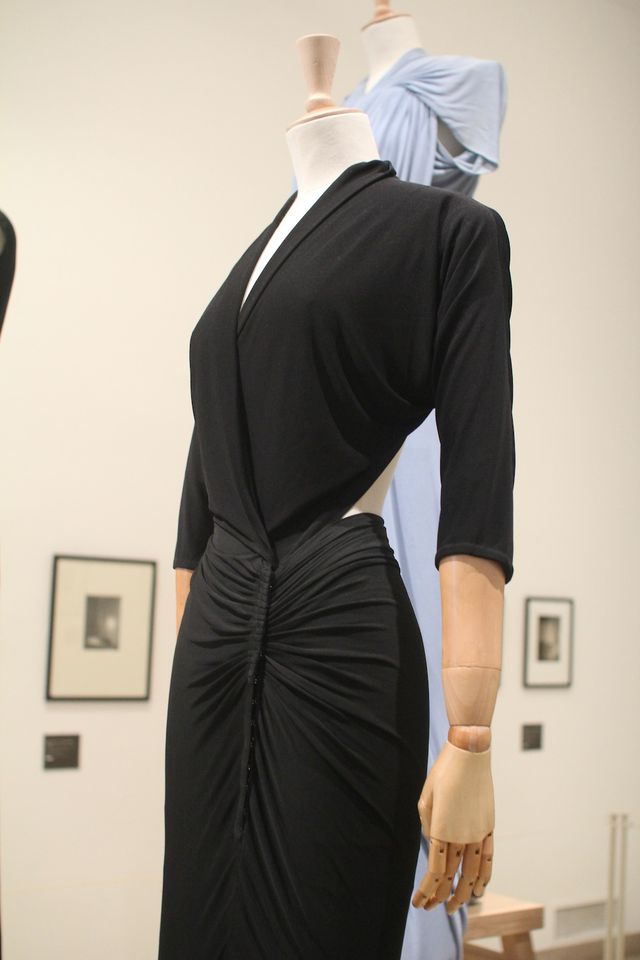 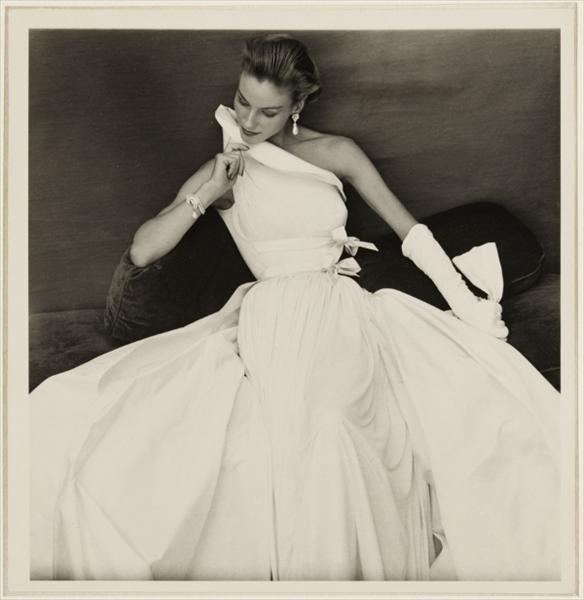