No one knows the value of a good hair day more than Jennifer Aniston. Take, for instance, her experience on the set of her upcoming film, “Meet the Millers.” 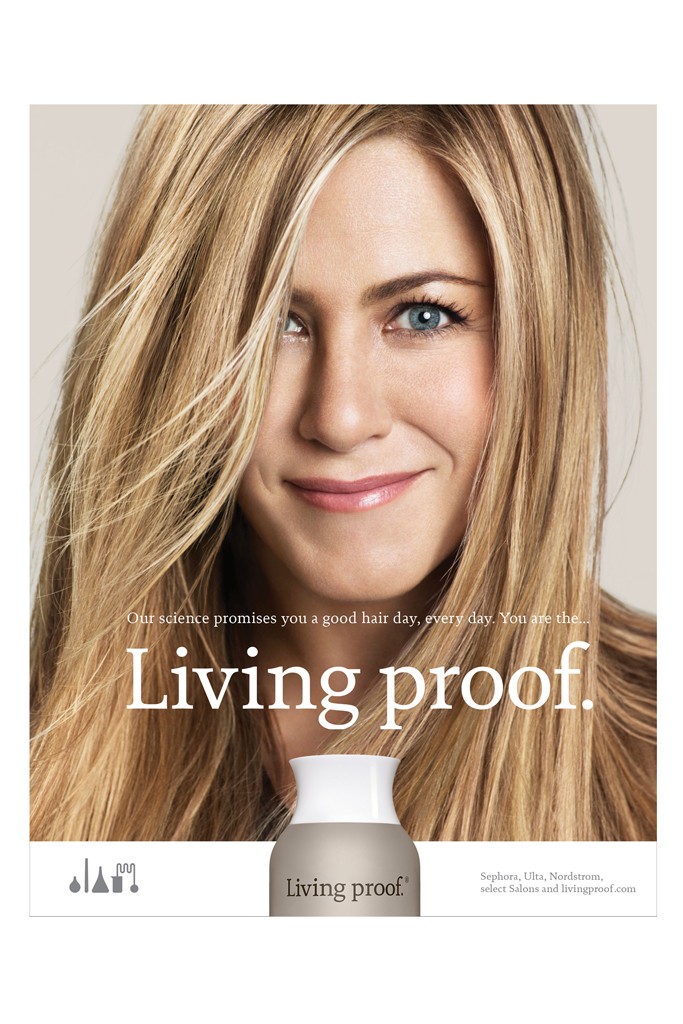 “It was about 100 percent humidity, so the frizz factor was through the roof,” Aniston said with a laugh on Sunday afternoon, the day before celebrating her 44th birthday. “I brought along Living Proof products with a healthy skepticism. I wore a half-wig on this film, and the girl who was washing the hairpiece wasn’t using my shampoo. So we would go outside and the rest of my hair would be totally tame and perfect, and the top [wig] part — which I called my toupee —would just start to look like pubic hair. It would take on a whole new texture of its own. I kept thinking, ‘This is funny. Someone should be rolling a camera on this, right here.’ ”

Laughing, she added, “For me and a lot of girls, hair is a big deal. There are a lot of greater trials of the world, but ask any girl — it’s one of those boxes you check off. If that means having a better hair day, that goes a long way.”

To be sure, Aniston’s hair has been a source of tabloid obsession since longtime friend and stylist Chris McMillan created the Rachel, a long choppy bob named for her “Friends” character, in the Nineties. So it’s natural that she turns animated when speaking about Living Proof, the Boston-based hair-care brand she bought into last October, and whose first national ad campaign breaks this week and features her.

She acknowledges that buying into a hair-care brand makes a certain sort of sense for her. “It’s nice when you feel like you’re a part of something that will make people’s day a little better,” she said, adding that she’d already been telling friends about Living Proof. “When I’m into something, I love sharing it with other people, whether it’s a face product, a great pair of jeans or shampoo,” she said. “I’d be talking about this even if I wasn’t involved, because for me and a lot of girls, [hair] is a big deal.”

But why not simply lend her famous face to the company? Aniston says it’s because Living Proof passed one of her most stringent tests. “With some products you can put it in your hair for a week and it will look fantastic,” she said. “And then it starts shooting you in the foot. Or your hair looks greasy the next day from silicone or something you don’t even know is in there. This still performed over a three-month period on a movie set, where your hair gets a lot of wear and tear.”

And she admits with a laugh that she had another motive: scientists on standby to create solutions for any hair dilemmas she could throw out there. “And them being willing and able to hear you and get in there and create all sorts of new products — it’s kind of a dream.”

McMillan became a believer after using Living Proof products in his Los Angeles salon, andsigned on as a spokesman in January. “He’s the first person to say it’s crap if something doesn’t work,” Aniston said. She also relished the chance to work with her longtime friend. “When this came about, I thought [Chris] would be a fun addition to the group, and it all fell into place beautifully. Chris is an endless well of hair information. The world is his Barbie doll. He wants to touch everyone’s head.”

The brand’s first national advertising campaign, which breaks in March fashion, beauty and lifestyle magazines, features Aniston in a shot done by Mario Sorrenti with hair by McMillan.”When you have a group of people who work together that long, it’s just easy,” she said of her longtime friends. “You play great music and have fun, make your hair wavy, make your hair straight, whatever.” 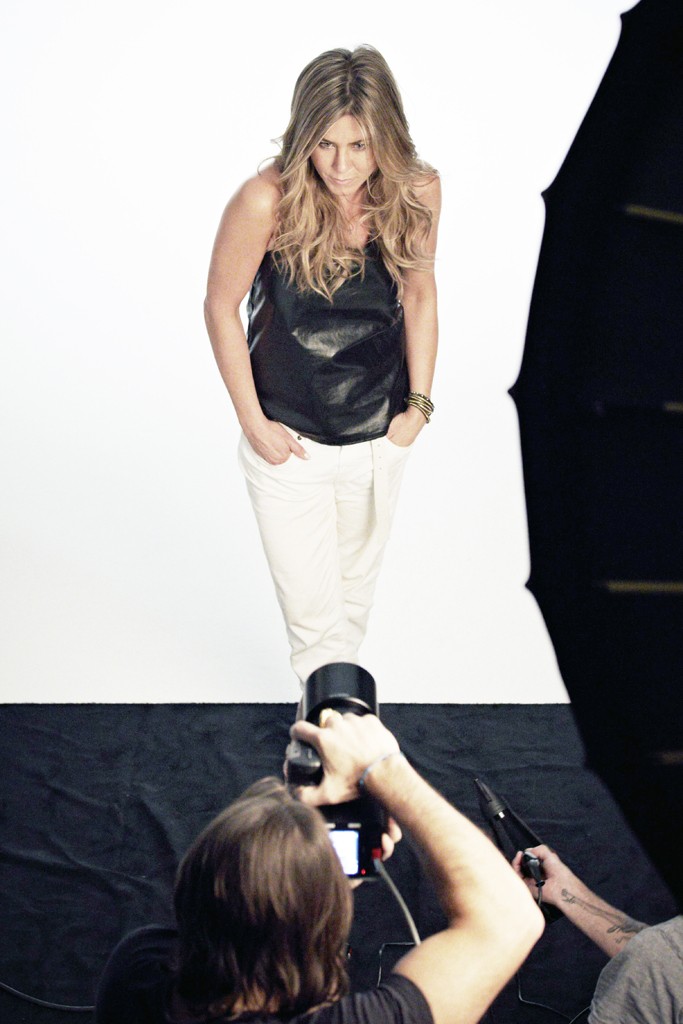