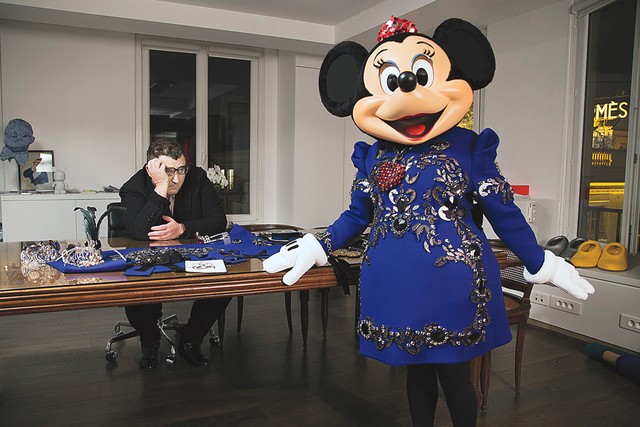 The beloved character is to don Lanvin once more — this time for real — as Disneyland Paris extends the celebration of its 20th anniversary by asking Elbaz, via a letter from Mickey Mouse, to design a special dress for the occasion.

Dressed in her usual polka dots, Minnie Mouse paid a visit to Lanvin’s boutique and design studios, proving herself to be “a real fashionista,” as Elbaz enthuses in a video to be posted on Lanvin’s Facebook page and YouTube channel later this week.

“When I showed her two dresses, she knew exactly which one she wanted,” he relates. “She likes to show her heels and loves earrings, jewelry, colors and everything that sparkles.”

And the famous mouse even has a special occasion to wear her new blue Neoprene Lanvin corset dress paved in sequins and jewels: On March 23, Disneyland Paris is to host a special fashion parade and event with celebrity guests.