Mikimoto Kokichi, the son of a noodle-shop owner, seemed unlikely to play a role in transforming the jewelry business — or influencing fashion, for that matter. From a working-class family, Kokichi dropped out of school in Toba, Japan as a teenager, and began selling vegetables in order to support his family. While working, he became fascinated with pearls as he watched pearl divers from a nearby port bringing in their daily trove.
Years later, while judging a pearl exhibition in Japan in 1878, Kokichi, then 20, noticed something was off; some of the pearls were misshapen, while others were undeveloped. That realization sparked a desire to develop the first man-made pearl, one that would be free from the flaws that plagued natural ones. Over the years, using Akoya oysters, he began testing ways to cultivate pearls, and in 1893, developed the correct formula.This set into motion the creation of a new industry of cultivated pearls, as well as his namesake brand, Mikimoto. He opened his first jewelry boutique in Ginza, Japan, and stores in London, Paris and other major cities soon after. It’s been 120 years since Kokichi cultivated the first pearl, and to commemorate that milestone, Mikimoto is unveiling a high-jewelry collection that showcases modern twists to the brand’s signature looks.

– text by alexandra steigrad at wwd.com

Marilyn Monroe’s Mikimoto pearls from Joe DiMagio in 1954.
Photo by Courtesy of Mikimoto 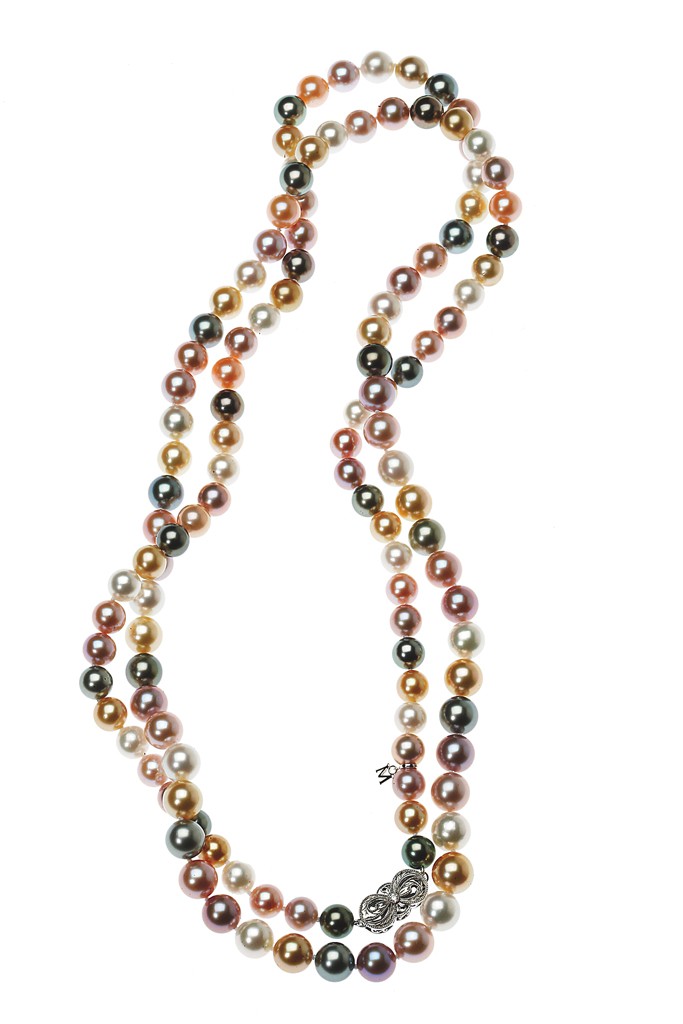 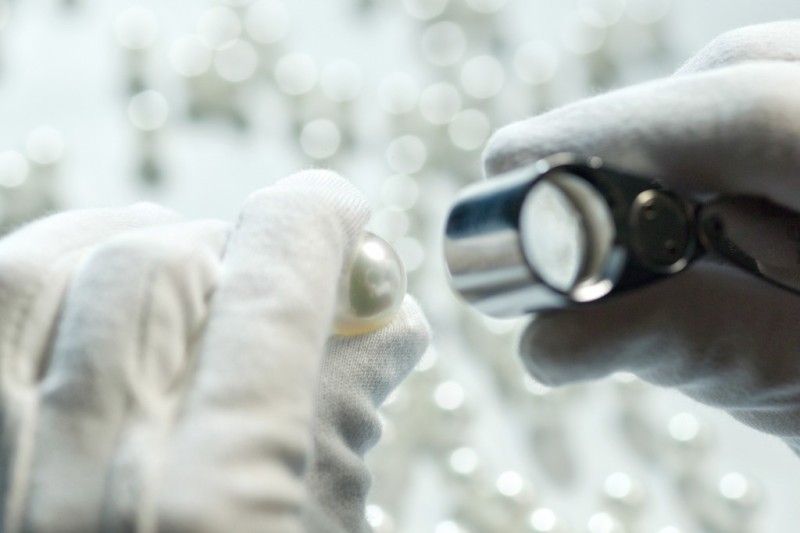 Every pearl is assesed by the strictest quality and grading standards.
Photo by Courtesy Mikimoto