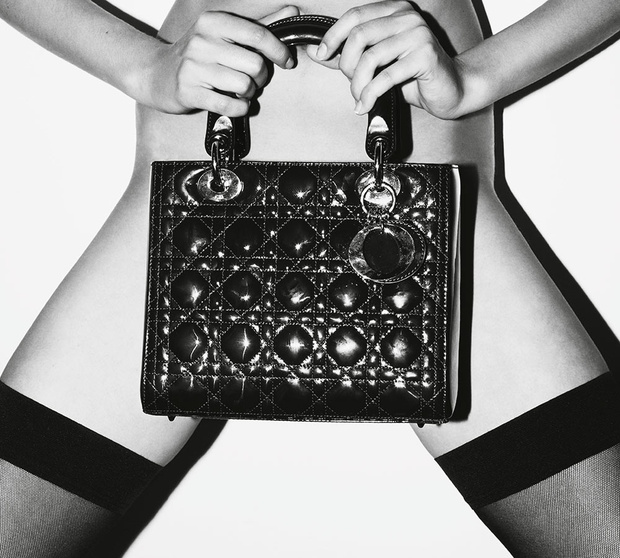 In 1995 , Princess Diana was on a official trip to Paris to inaugurate an exhibition of Paul Cézanne at the Grand Palais. She did not know, but the French company had prepared a gift that will become a loyal traveling companion for her, and an icon of elegance for the rest of the universe : the Lady Dior bag . A perfect and rigid rectangular body part, the iconic quilted cannage coined in 1953 by the Couturier and the four letters of the maison hanging as a gilded charms . Two decades later, this piece of leather has started a journey across five continents in the exhibition ‘ Lady Dior As Seen By’ , in which artists from around the world have versioning the classic in sculptures, paintings and unique photographs . The event will make its next stop in Hong Kong from 10 to 23 September and features the Spanish Arturo Berned too.

The adventure began two years ago in Shanghai to get then to Beijing, Tokyo and Milan. By the way, more than 80 photographers , filmmakers and sculptors have expressed their visual fantasies flooded the Lady Dior bubble ( by Kohei Nawa ), filling it with water and bone structure of the head of a crocodile ( by Wen Fang ) ; or  transporting to Shanghai nights in the hands of Marion Cotillard, as happens in the short Lady Blue Shanghai by David Lynch . Peter Lindbergh , John Cameron , Garance Doré, Martin Parr or Olympia Scarry have also carried the life of this bag to their ground.

On 10 September, in Hong Kong , the sculptor Arturo Berned will be the first Spanish in shaping the Lady Dior at will, in a sculpture of solid steel that retracts into itself creating the interior space which would contain the bag.An optical illusion that took 4 months to complete, whose result inherently abstract accurate tells the dreamy spirit of a bag so unique as the woman who invoked it.