A few days ago in Paris, a few steps from the Avenue Montaigne the Azzedine Alaïa flagship store opened. The new three-story boutique on the 5 Rue de Marignan is housed in an 18th-century mansion

The 4,000 square meters space has no window displays, a minimalist and  futuristic decor. a chandelier ” descending ” from the third to the first floor – a merit of the designer Kris Ruhs , cold metal rails by Martin Szekely , modular shelves for shoes created by Charlotte Perriand ,serpentine couches and “cathedral” tables by Pierre Paulin.

While the main brand boutique , located in the Marais district , is more focused on tailoring clothes the new store focus its attention on ready-to-wear and accessories.

Accessories sit on a table by Charlotte Perriand.
Photo by Dominique Maitre 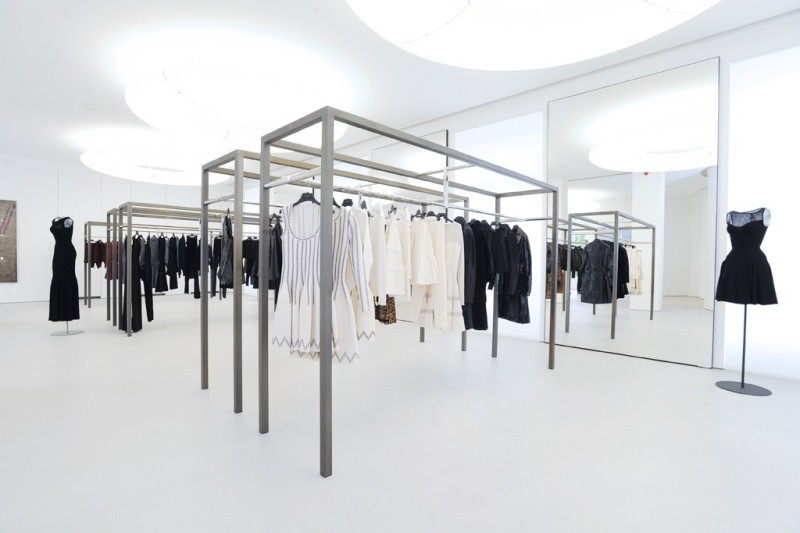 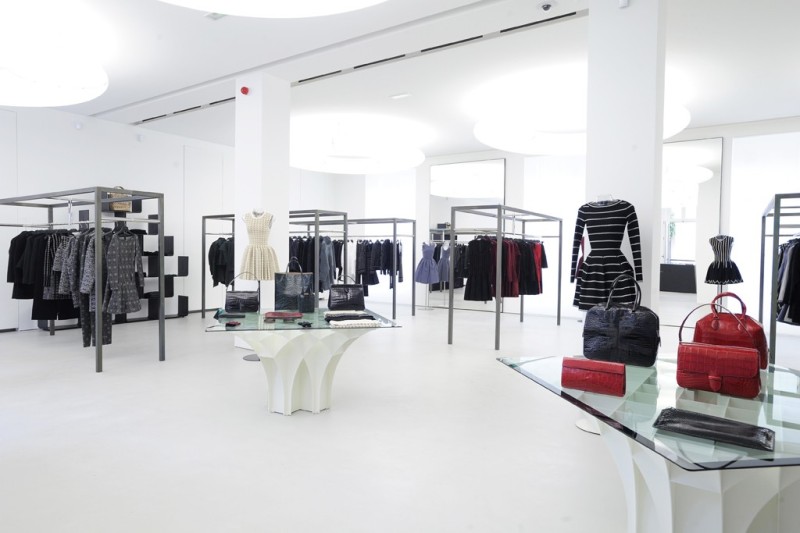 A chandelier by Kris Ruhs fills the four-story stairwell.
Photo by Dominique Maitre

Shoes are displayed in a modular shelf by Pierre Paulin.
Photo by Dominique