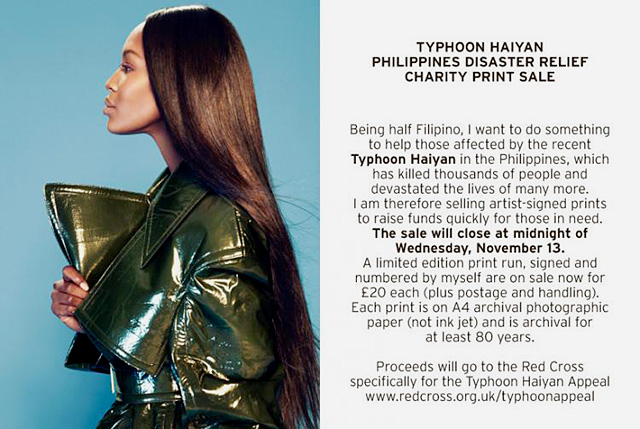 Charity for dark-skinned supermodel is not a novelty. Naomi Campbell has a private organization Fashion For Relief set in 2005, which is raising funds for the victims of natural disasters.

Naomi Campbell and photographer John-Paul Pietrus, a half-Filipino will hold a charity event in support of the Philippine Islands , recently struck by a devastating typhoon, “the world’s worst ever storm”.

As part of the project they would sell photos of the model taken by the photographer, and the proceeds will be donated to the Red Cross .

The idea belonged to JP Pietrus who felt the need to do something to help and he contacted the beautiful model.

“I chose this photo of Naomi as I think she is a very inspirational and beautiful figure, and she looks so peaceful here – something I would like the victims to find, a peace,” Pietrus said. ” I was on the Red Cross website and thought that there must be something more that I can do than a personal donation, not only to raise money but to raise awareness.  I immediately called Naomi to see what can be done and she suggested selling one of the images we’ve taken for charity. Naomi has always been passionate about helping those in crisis and I am grateful for her getting behind this initiative and coming up with a way of helping those effected by the typhoon.”

Printed and numbered photographs, signed by the author, sold at £ 20 on his personal website. 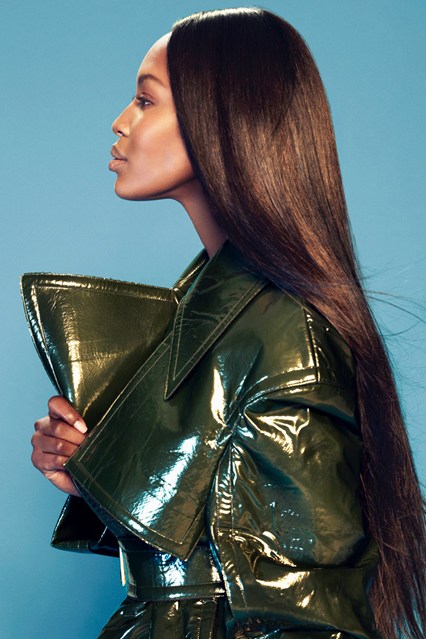 Visit www.johnpaulpietrus.com to purchase a print, numbered and signed by the photographer, for £20 – or visit www.redcross.org.uk/typhoonappeal to donate directly to the disaster fund.