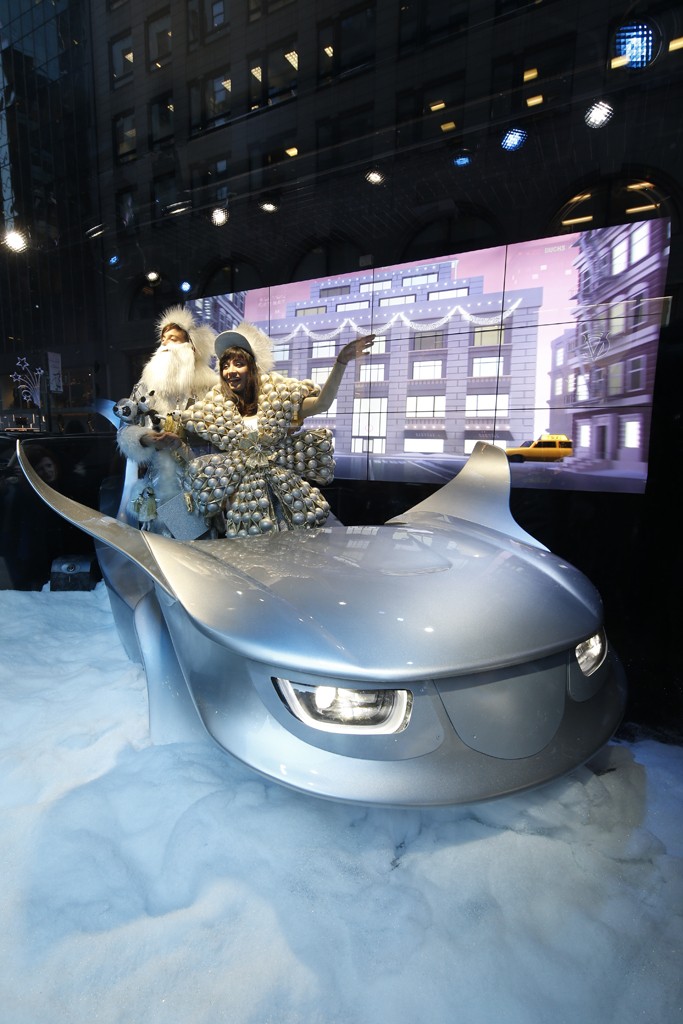 We live in the era of technology and continuous innovation and even if Christmas is all about tradition it doesn’t hurt to imagine a futuristic one ! And because the shops are the first every year to bring the festive mood, New York’s department store Barneys created for its holidays 2013 windows a futuristic vision of the island of Manhattan, called ‘A New York Holiday’ . In one of the windows entitled first couple of christmas you would expect to see Santa and his wife but instead a futuristic couple, dressed in Space Age costumes designed by Zaldy and riding their sleigh that looks more like a Batmobile or stingray , took their place.

“Barneys New York had an overwhelmingly positive response from customers and designers last year to our holiday windows, which have become known for their use of immersive and interactive narrative with cutting-edge technology that leads people into our store,” said Dennis Freedman, Barneys New York creative director.

“New York is home to some of the most technologically sophisticated customers in the world, and the holidays are an especially competitive time for retailers to capture their attention and bring them into their stores,” said Sean James, vice president of Christie’s managed services. “We are pleased to again be part of Barneys New York’s holiday display campaign, both in New York and other flagship locations across the country. Through visual technology and collaboration, Christie helped bring the creative vision to life.” 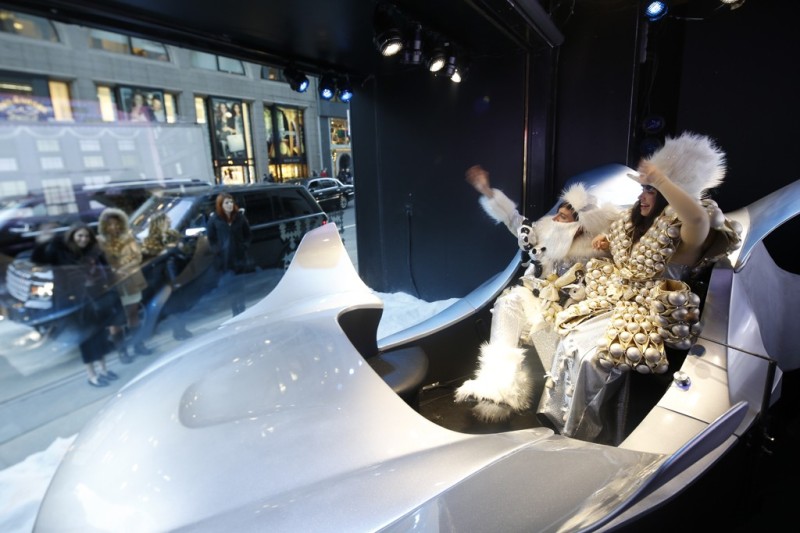 Barneys Holidays 2013 Window:
BNY NYC Sleigh Ride: Visitors can become a part of the display with an interactive experience that puts a whole new spin on sitting on Santa’s lap.