Iconic model of the 70’s-80’s Jerry Hall stars in an editorial for Vogue Italia June 2014 issue joined by her two daughters Lizzy e Georgia May Jagger that she had from her famous ex-husband, Mick Jagger.

She an Eighties top model, they the new cool faces of showbiz. Like three friends, mother and daughters laugh, chat, contradict and tease one another… Showing that they have strong personalities, clear ideas and no fondness of compromise.

“I am really proud”, says the radiant Jerry Hall. “I believe I am the only mother to have two model daughters”. And who could contradict her. While the Jagger offspring can boast an enviable gene pool, it is also and especially thanks to her, whose sidereal career in the Eighties culminated in the encounter – and marriage – to the greatest living rocker.

Four of the descendants of Mick Jagger are hers, and seeing them next to her, Elizabeth (Lizzy) and Georgia May, the third born, makes one think of a twenty-first century Cornelia, placed side by side with her jewels (of course, a Cornelia discovered by Helmut Newton).

Mother and daughters seem like three friends talking over each other, laughing, contradicting and teasing each other. Jerry sails the billows of maturity confidently. “I think it is very important to age in a natural way, not using any kind of artificial help”.

There are many other ways to soften the scalpel of time. Such as a healthy lifestyle. And in the house in the London suburb of Richmond, purchased by daddy Mick in the Nineties, there is enough land to give vent to any biodynamic ambition. As regards cosmetics: all natural, of course. 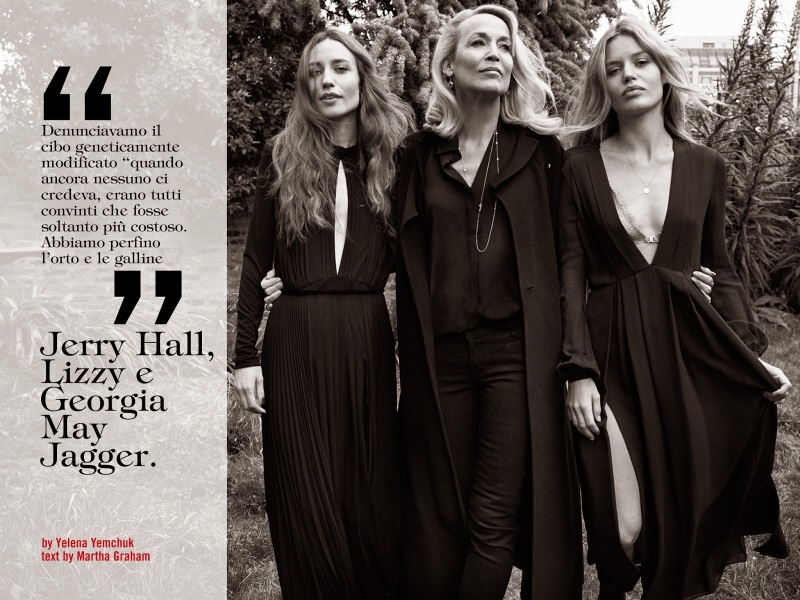 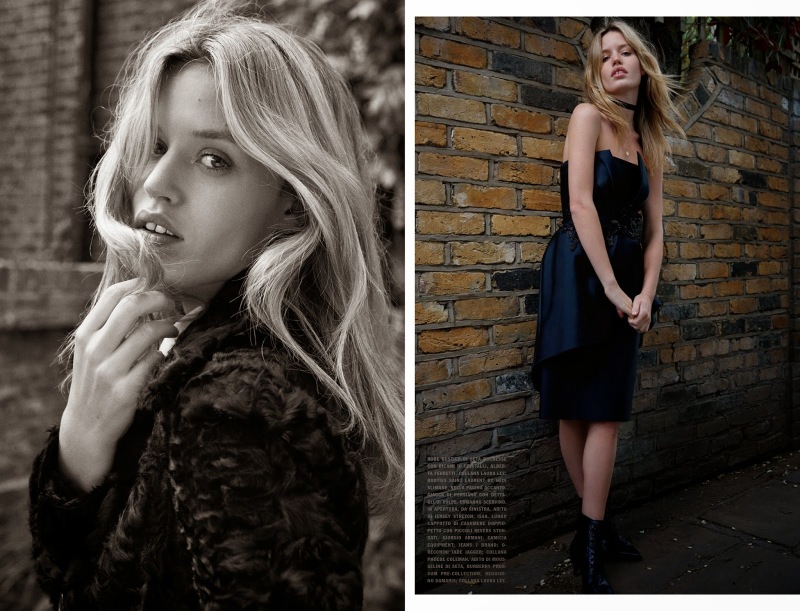 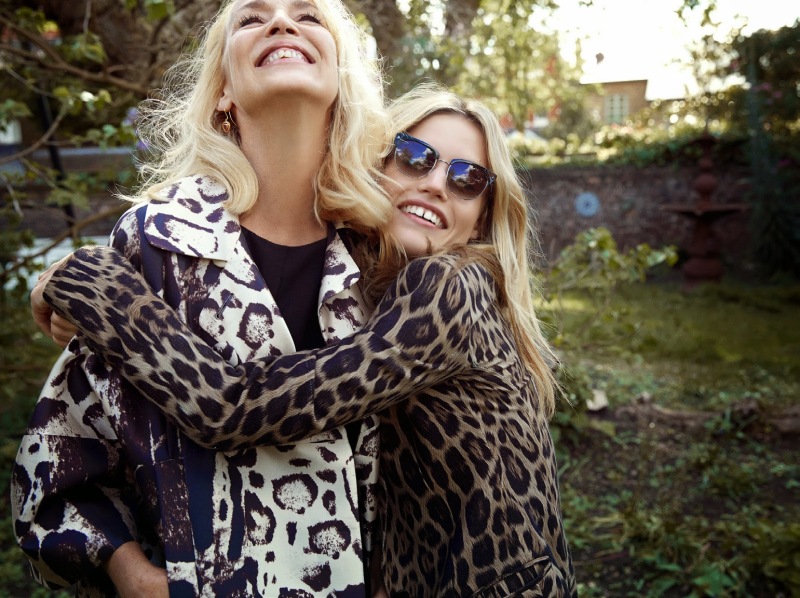 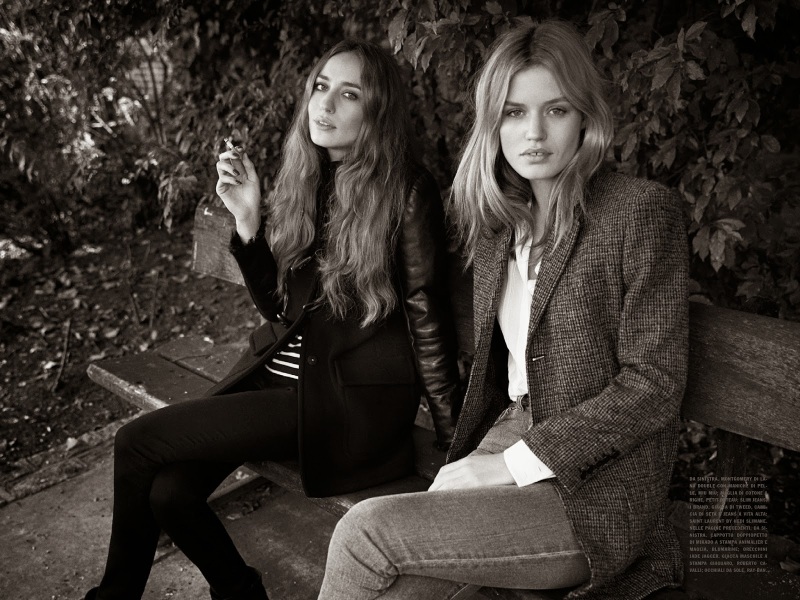 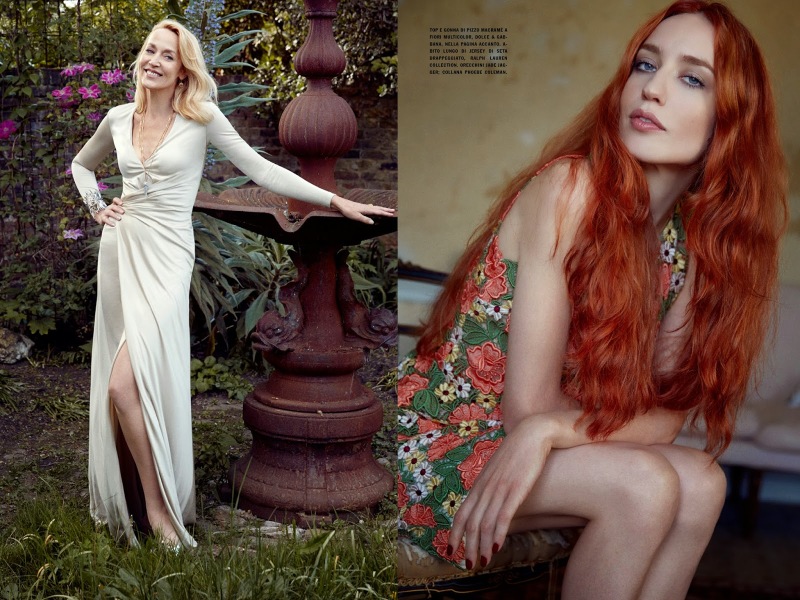 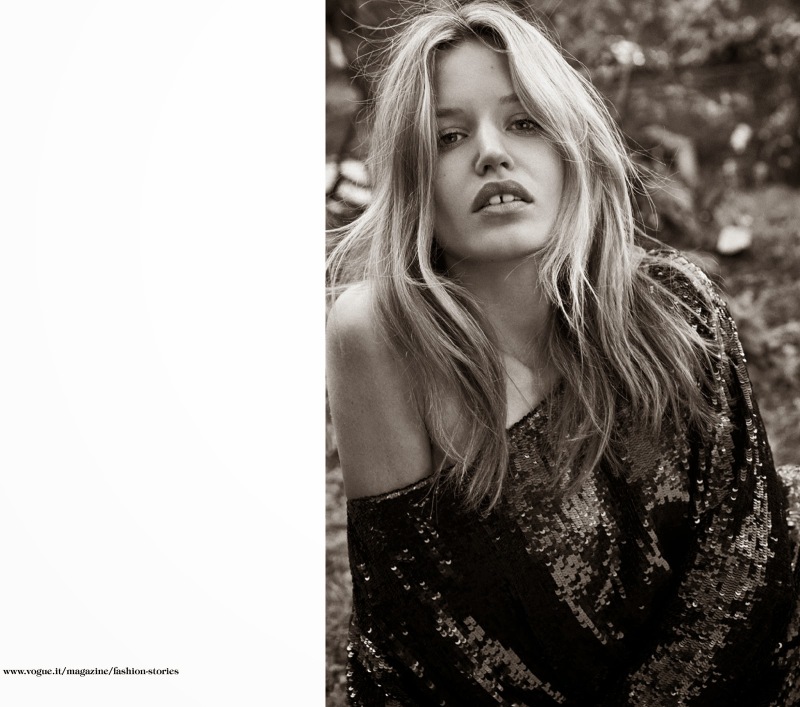 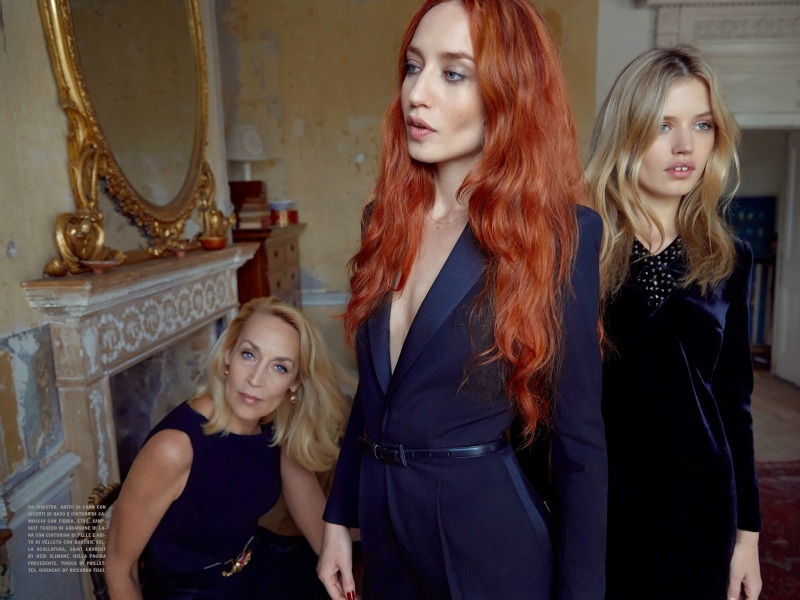 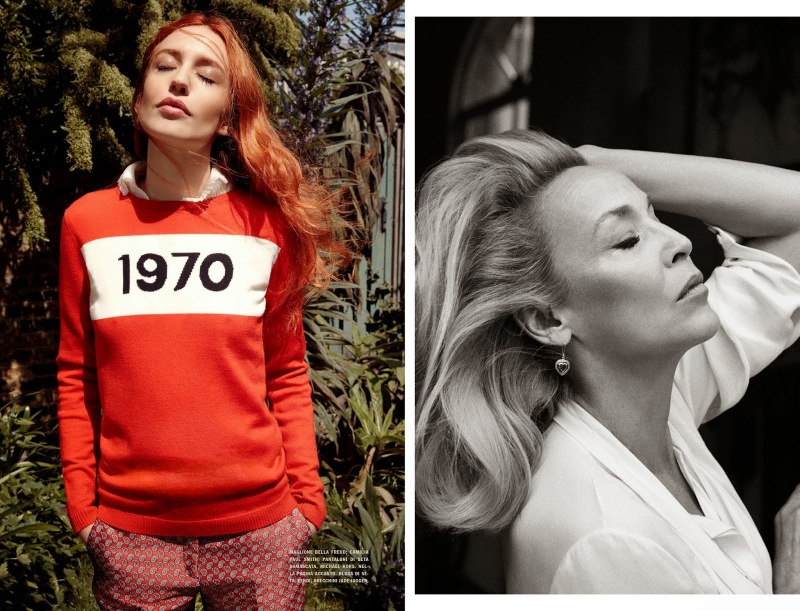 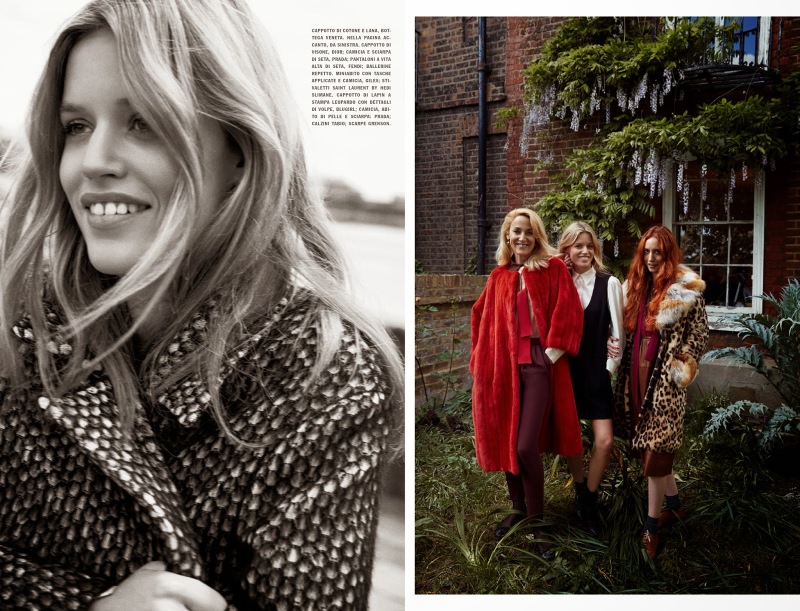 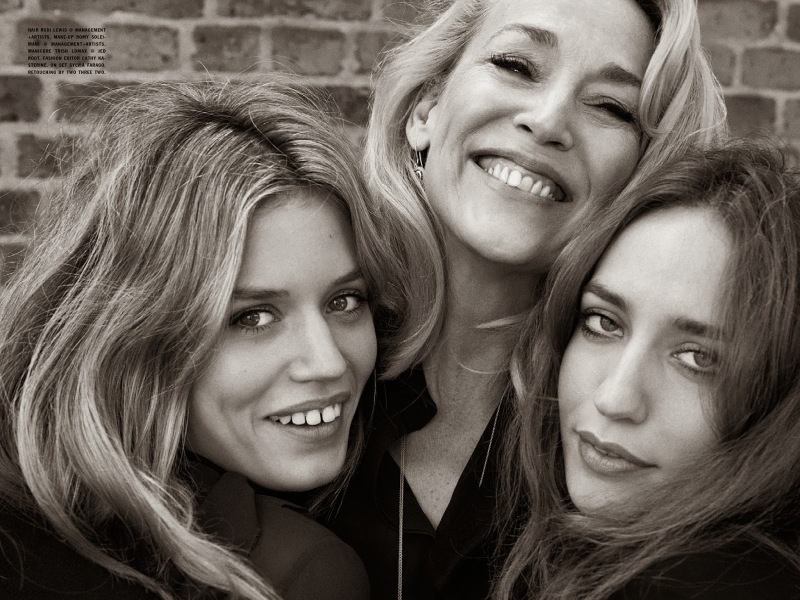