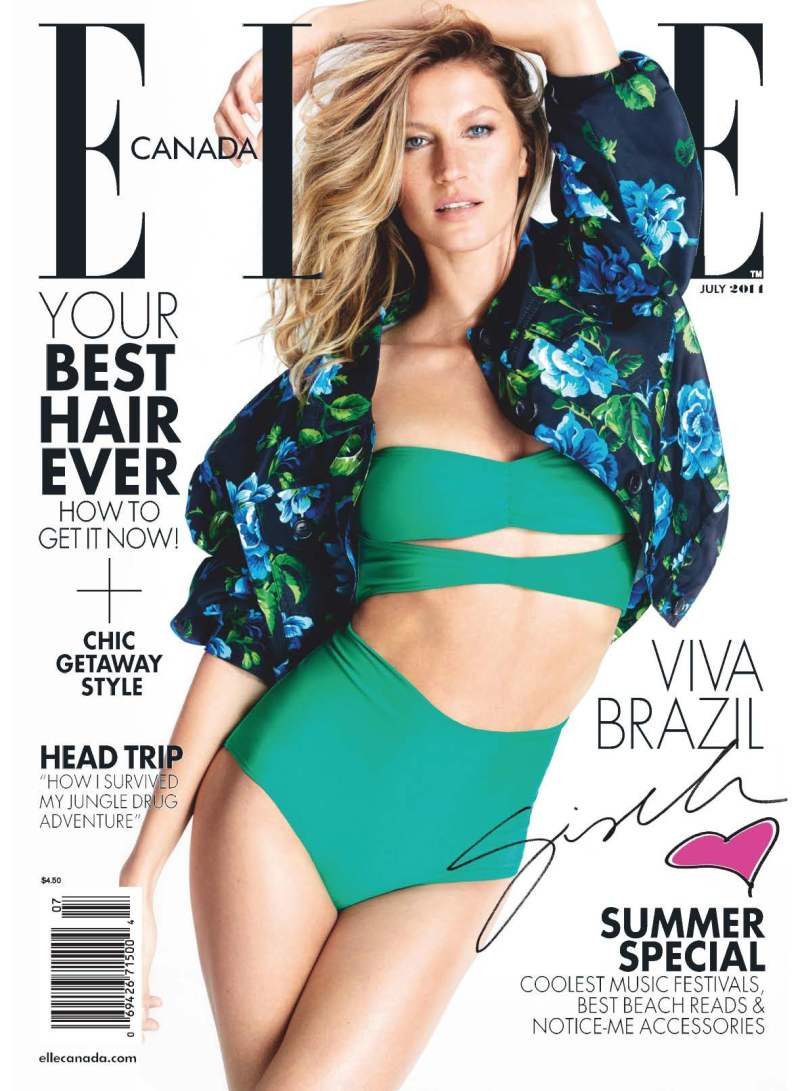 World’s most powerful supermodel as Forbes called her , Gisele Bündchen covers ELLE Canada July 2014. The 33-year-old mother of two graces the July cover of the magazine dressed in a green swimsuit. She looks seductively in front of Matt Jones camera.

In an interview for the magazine the model talks about World Cup, her diet and modeling career. Here are some highlights :

On sports : “I’ve been athletic since I was little. I was the captain of my volleyball team. I used to jog—even almost naked in winter. I’m Sporty Spice!”

On her body : “The body is a temple. I enjoy moving. I don’t play much volleyball anymore, but I ride horses, surf and play beach tennis. I play wherever I am. Kung fu, boxing, yoga, Pilates…. It makes me feel alive. If I don’t move my body, I don’t feel good.”

On her diet : “I rarely eat meat, but I’m from the south of Brazil—I was raised on meat. I’m not an extremist, but I need to know where my food comes from. If my food has been injected with antibiotics and a whole lot of other stuff, I [unfortunately] end up eating that as well. I keep chickens at home.”

On her career : “People trust me when they book me for a job. The minimum I give them is 100 percent. I’ve never been late for a job, I respect people and I want to be at my best every time: to show up and deliver. When I lose that, I’ll stop. I’ve done a million photos in my life, and my excitement for it remains intact.” 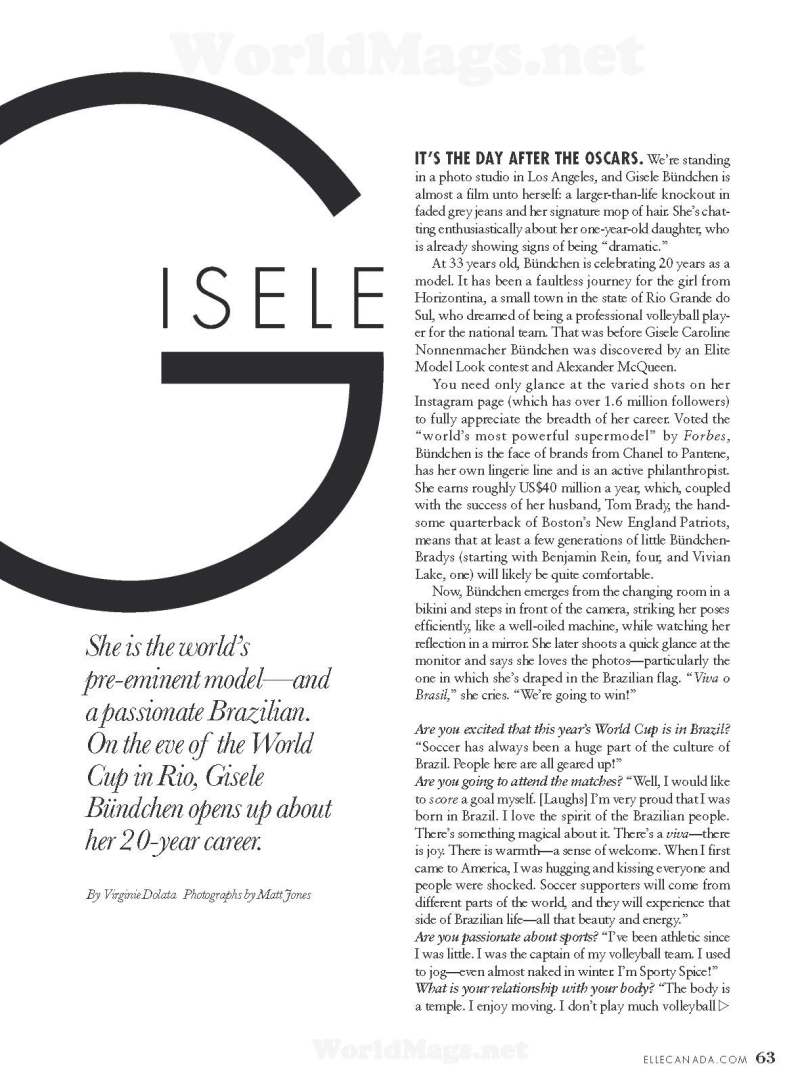 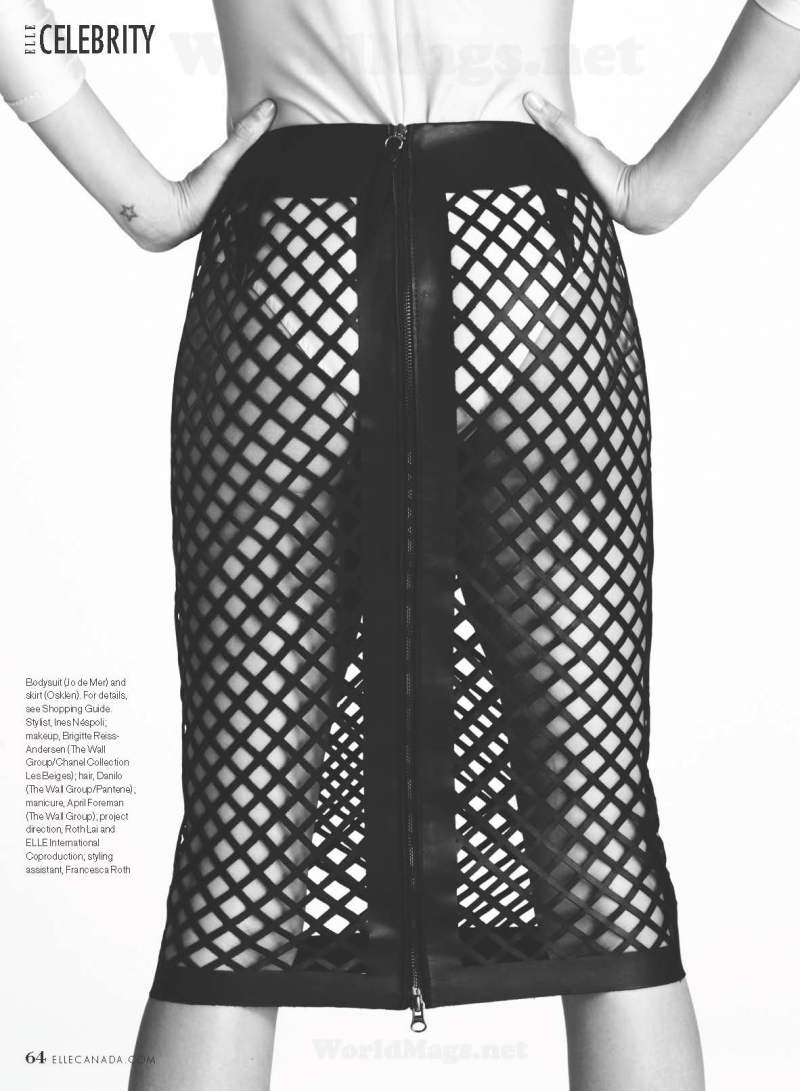