Georgia May Jagger is the new face of Thierry Mugler’s iconic Angel fragrance. 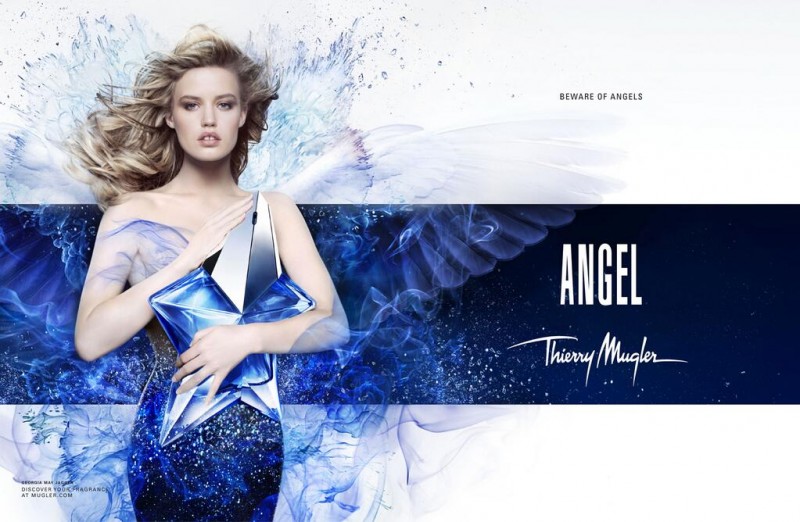 Georgia May Jagger for Angel by Thierry Mugler

The 22-year-old follows the step of her mother , Jerry Hall who in 1995 at the age of 38 was asked to pose for the ad campaign of the fragrance launched three years before. Hall was photographed looking like a desert mermaid in White Sands, New Mexico an unusual image for a scent ad campaign at that time. And same was the Angel fragrance that was a success from the beginning with its unusual notes of vanilla and chocolate.

Since then famous names and faces like Hollywood actresses Naomi Watts and Eva Mendes become ambassadors of the fragrance and for 2014, the young daughter of Hall , Georgia May Jagger was announced as the new face of Angel.

“So honoured to be he new face of Angel fragrance by #ThierryMugler 19 years after my mother,” the blonde beauty announced on Instagram as she revealed the image.

The British beauty, who is also the face of Rimmel London, appears clutching a super-sized star-shaped bottle with very faint wings on her back. The campaign was shot by Sølve Sundsbø.