Louis Vuitton introduced the new advertising campaign for Fall 2014 in support of the debut collection of Nicolas Ghesquière as creative director of the brand.

To celebrate the debut collection of Ghesquière and the desire to make it a real event made the iconic French fashion house to invite to shoot the campaign not one but three photographers with an impressive portfolio: Bruce Webber, Annie Leibovitz and Juergen Teller, who was the one that shoot the lookbook of the collection..

Heroines of the shooting became is a “modern heroine” in the eyes of Louis Vuitton : Charlotte Gainsbourg, Liya Kebede, Freja Beha Erichsen and Jean Campbell. The campaign is called the Series 1 and is devoted to the symbiosis that is obtained at the intersection of fashion and art. Each of the photographers reinterpret the visual component of the collection and created a survey based on their own unique signature style. Webber, Leibovitz and Teller shot campaign in Miami, New York and Venice, respectively, and, in support of the images the brand will release videos directed by the photographers.

Recall that during the Marc Jacobs era at Louis Vuitton the campaigns for the brand almost always were shot by Steven Meisel. 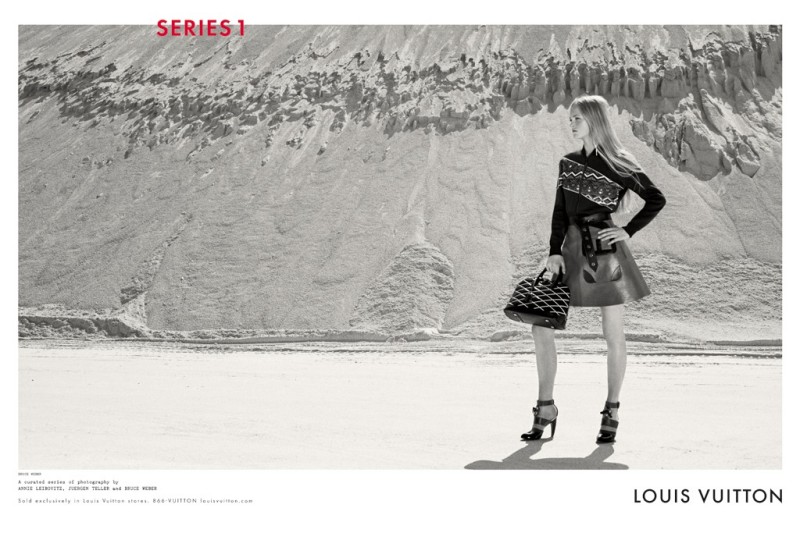