Rihanna covers Harper’s Bazaar Arabia’s July/August 2014 issue in what seems to be her most fashionable cover yet . Shot by photographer Ruven Afanador , “Rihanna of Arabia” as the singer is called by the magazine looks like a real Arabian princess.

While this supposed to be an issue about modesty ,featuring Rihanna on the cover it is a bit tricky when everybody knows that there is nothing modest about her.

The styling of the photo spread plays around the idea of Middle Eastern clothing with a modern interpretation. In many images including the cover Rihanna’s face is covered, as the Muslim tradition requires.

One thing is sure this is maybe one of the best photo spread of Rihanna in a long,long time.  Thank you Harper’s Bazaar Arabia for covering her so beautiful! 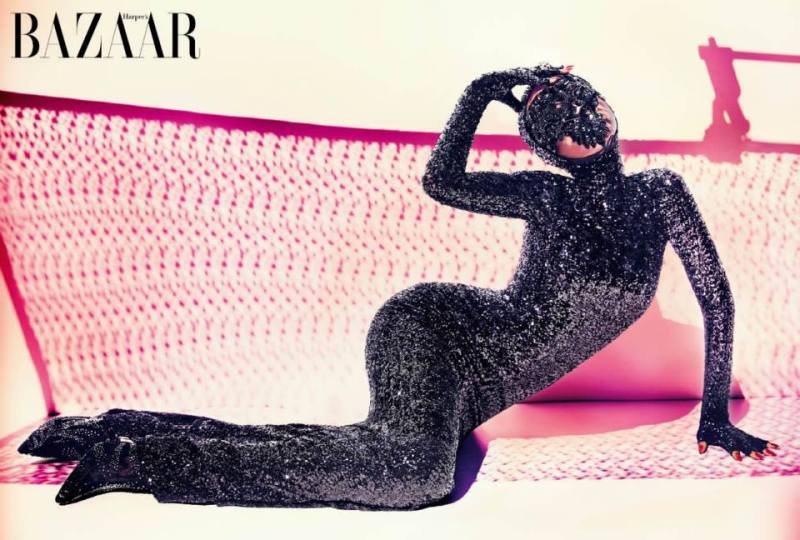