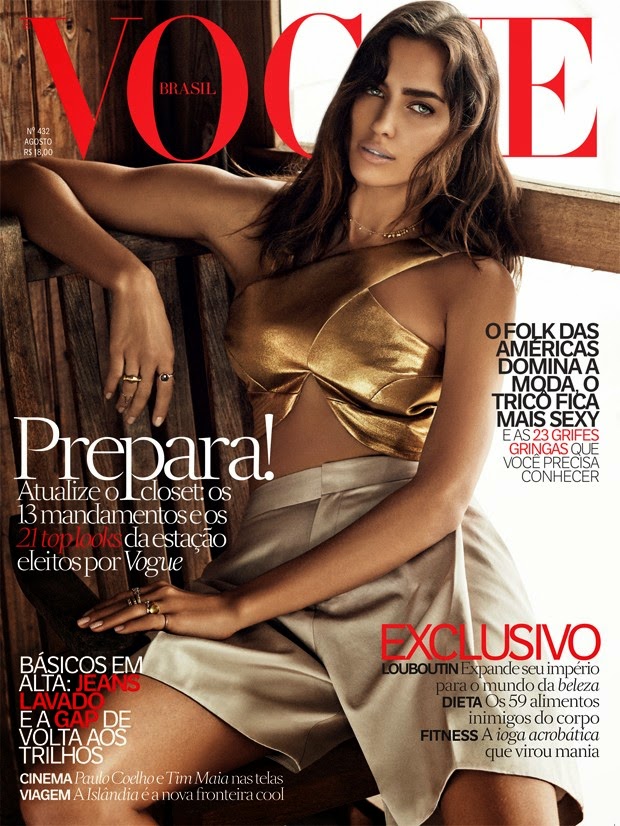 Russian beauty Irina Shayk is the cover girl of Vogue Brasil August 2014 issue . “Prepare!” says the announce on the cover of Vogue Brazil. The request is fair. This is the first shooting of the model for a Brazilian magazine and Shayk is proving one more time why she is considered one of the sexiest women in the world.

The two days photoshooting was shot on a beach in the Hamptons by Italian photographer Giampaolo Sgura. Shayk wears comfortable pieces,looks inspired by the colors and the native peoples of the American desert, but with a Brazilian twist. On the cover of the magazine Irina wears a tank top and shorts by Triton; necklace by Naschelle; rings by Jill Golden, K / ller, Lori Kaplan; Carla Amorim. 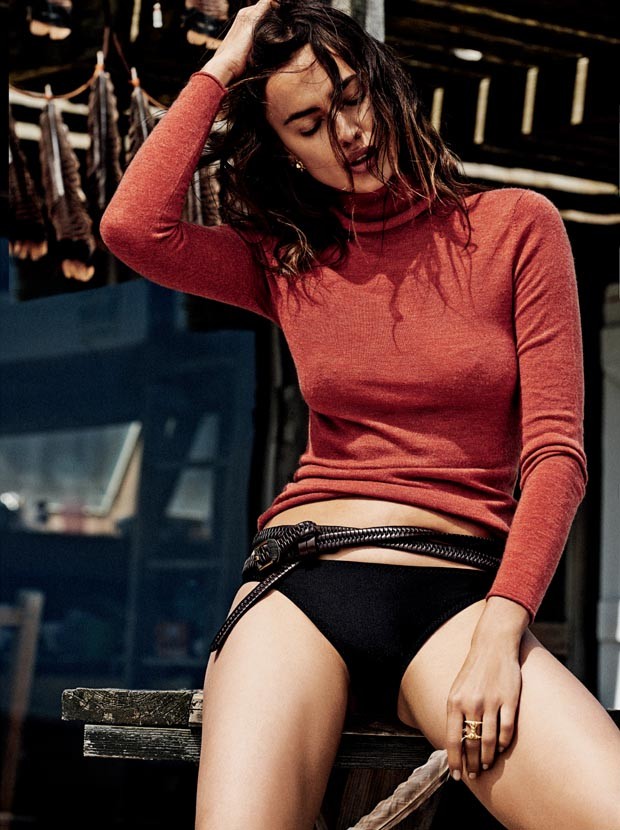 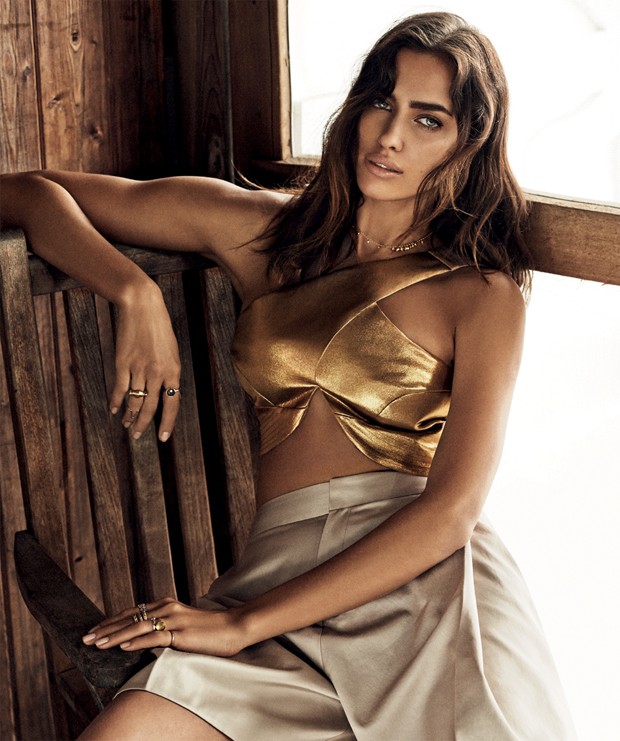