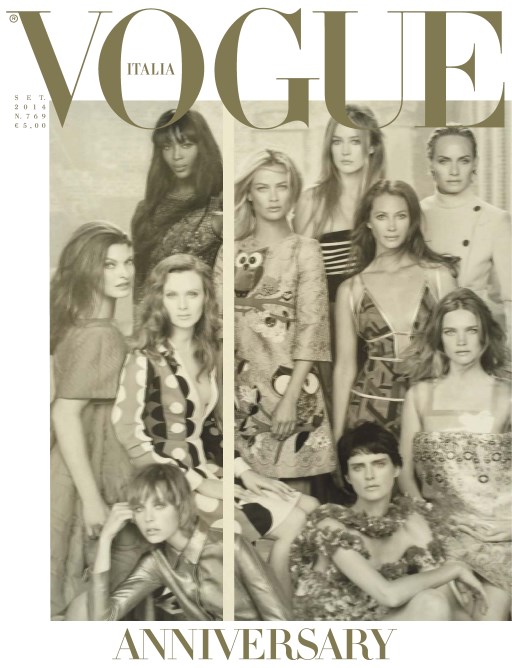 The September 2014 issue of Vogue Italia marks the 50 anniversary of the iconic magazine in Italy . The Italian edition of Vogue is famous publishing the most controversial and challenging shooting in the history of fashion.

A moment like this requires an epic cover and Vogue Italia doesn’t disappoints its readers : a folded cover starring the most recognizable models of the last 20 years that graced the covers and pages of the Italian magazine so many times. The anniversary cover was shot by none other than , Steven Meisel a Vogue’s Italia favorite photographer.

The celebrations for the half century of the Italian Vogue are just around the corner, and Franca Sozzani,editor in chief since 1988, has launched a project to digitize the archives of the magazine. “It will offer people—particularly young people—the possibility to go through the entire history of fashion in a fast and personal way,” she says. “It’s important for the young to learn. The history of fashion is so long, but the young are so ignorant. The point of view of the magazine—like my work with the U.N.—has always been about education.” 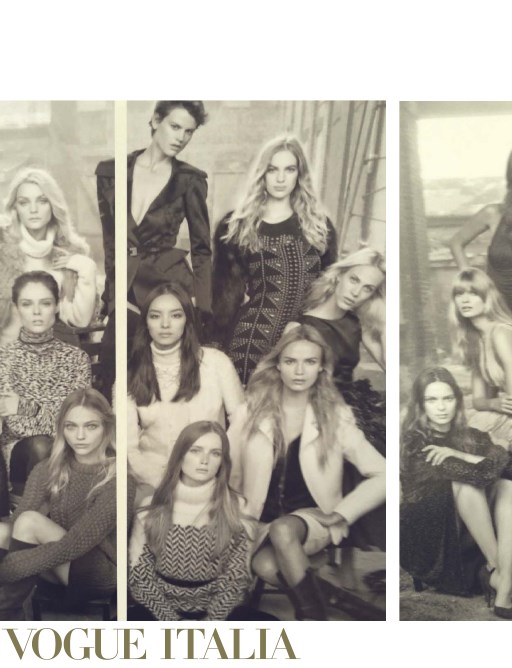 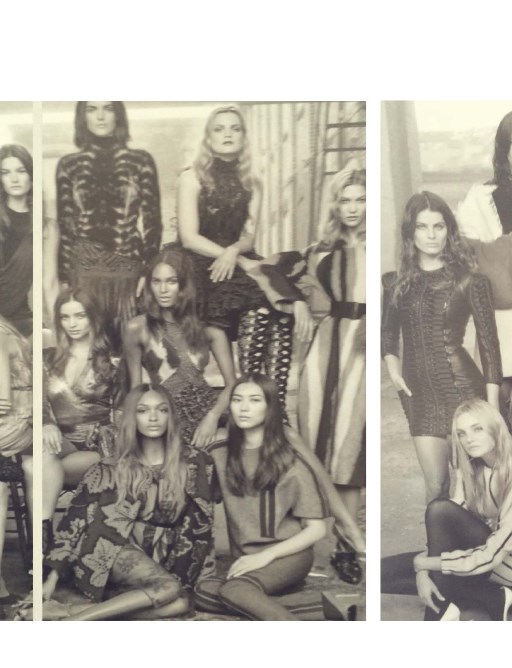