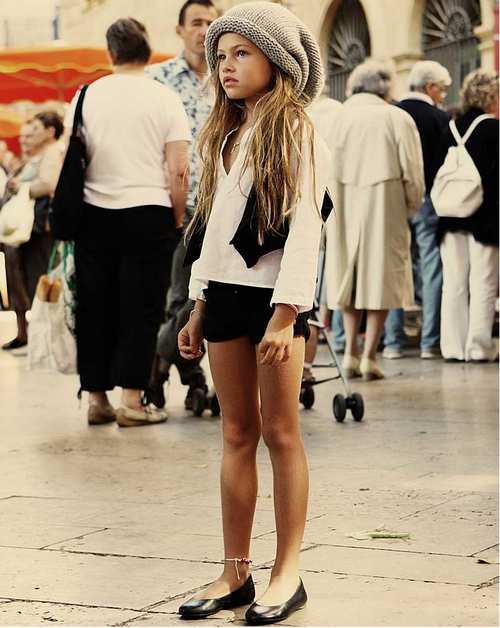 It’s a big day for the modeling community, as Gov. Andrew Cuomo of New York hassigned a bill into law recognizing child models as child performers. This places them under the same labor protections as child actors, including dictating how many hours they can work, how often they can work and how late they can be kept at a job.

The law was proposed and passed in June of this year after pressure from fashion industry leaders, specifically the Model Alliance. The Alliance, a watchdog network of models and industry insiders founded by Sara Ziff, has pushed for more rights and legal protection for models, including a model union.

The bill was also supported by several outspoken models including Coco Rocha, whotestified with her own negative experiences as a young model at a press conference this past summer. “For children and young teens who just want to please, the pressure to succumb to demands from adults is often damaging and life altering,” she said at the time.

Now with this legislation signed into law, models under the age of 18 are hopefully protected from those pressures. According to the New York Times, designers wishing to hire underage models for their shows will have to submit paperwork, monitor their hours and even possibly provide them with tutors, chaperones and trust accounts.

Hopefully this will dissuade brands and designers from working with such young models, as well as providing protection to the ones who still get hired.

The law goes into effect in New York in 30 days, meaning it will impact designers and models for this coming Fashion Week in February 2014.