Natasha Poly, Raquel Zimmermann, Anja Rubik and Suvi Koponen are the stellar cast of the new advertising campaign of Gucci Fall/Winter 2014-2015 . The girls dressed in outfits from fall collection devoted to the 60s era were photographed by Mert Alas & Marcus Piggott .

The Italian fashion house Gucci is among the last to introduce its fall/winter 2014 advertising campaign . The images are deliberately old, to give them a vintage look. All four models dressed in a fur jacket with a long nap, A-line dresses, flared leather skirts and tunics, blouses with frills and high boots made of snake skin. You can also see the updated Jackie Hobo bag in beige pastel hold by Russian model Natasha Poly . 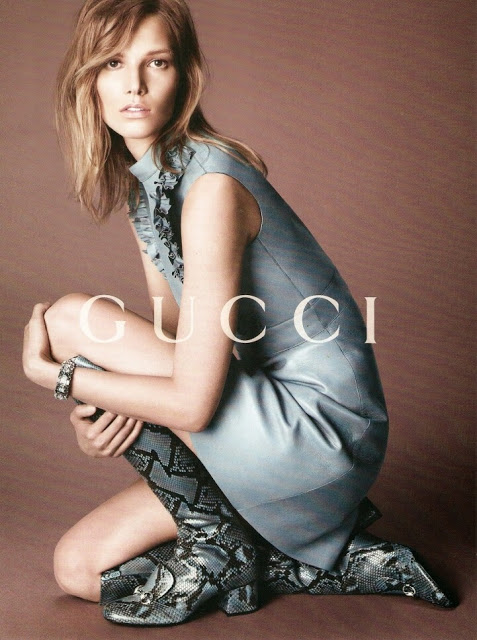 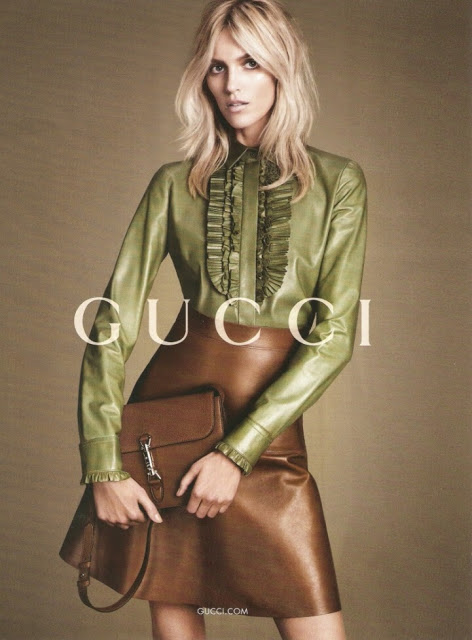 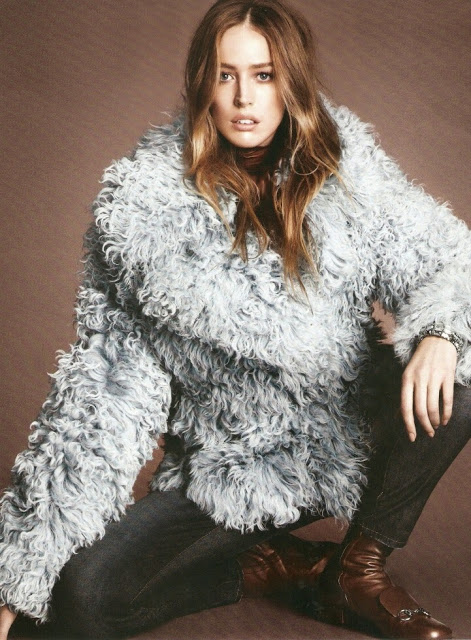