It’s Rita’s time! The singer does not forget about her main activities but manages to appear in ad campaigns for fashion and beauty-brands. This time Rita posed for Roberto Cavalli Fall/Winter 2014-2015 ad campaign .

The British singer, only 24 years old, has managed to collaborate with famous names from the music industries Drake, Jay-Z, Snoop Dogg, but she also conquered the fashion Olympus. If last season she was invited to advertise for an iconic American brand like Donna Karan New York, now Rita appeared in the autumn/winter advertising campaign of Italian fashion brand, Roberto Cavalli.

To captured the singer was Francesco Carrozzini – Italian photographer, son of Vogue Italia’s editor Franca Sozzani, and, by the way, the new boyfriend of Lana Del Rey . Rita appeared as an incarnation of Marilyn Monroe, who, on the idea of the photographer, is preparing for a first date. Lace, jewels and evening dresses addorned Rita’s body for the shoot. 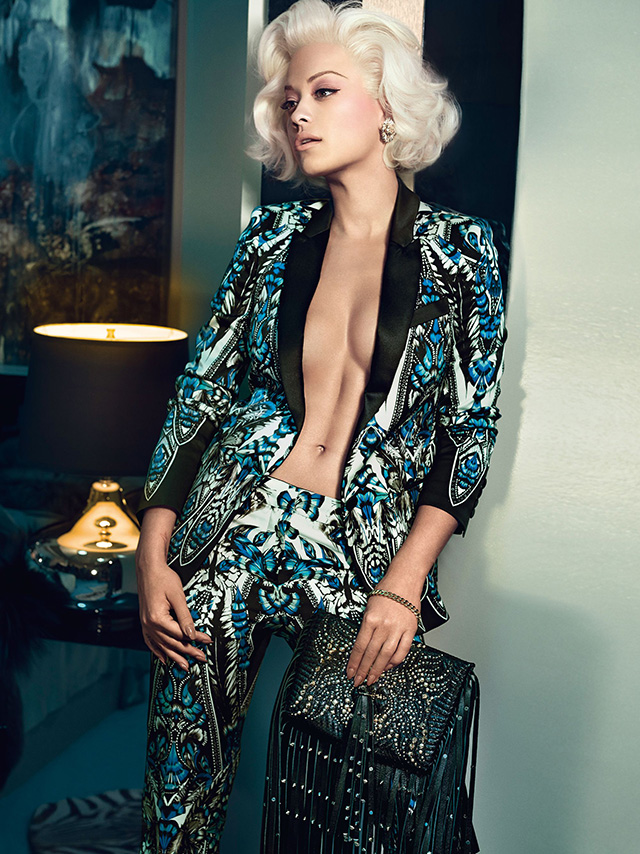