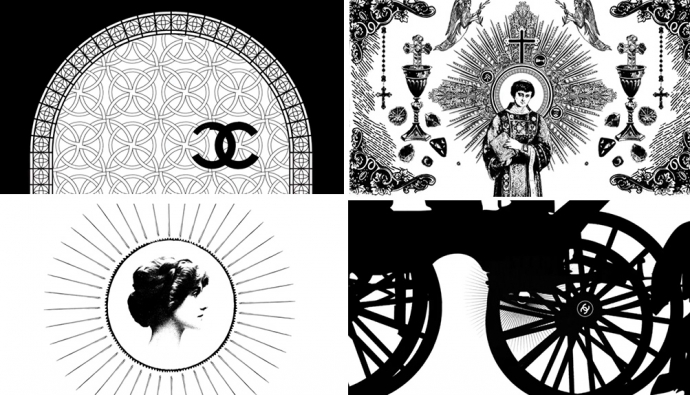 The fashion house Chanel introduced the first of five films series “Inside CHANEL” , each  will be released this week (one film per day). In the first video called “Coco” (Coco) we see a black-and-white collages, within a few minutes the author tells the story of the success of Gabrielle Chanel, starting every sentence with the phrase Once upon a time. The narrative touches all milestones in the life of Coco, her childhood, parents, her love and hard way: “Once Gabriel lived in a monastery. Modest monastic life instilled in her strictness …”, “Gabriel once liberated women, first freeing himself … ”

This new film unveils the woman behind the legend, who in a stroke of genius transformed the female silhouette. Coco Chanel closed one era and launched a new century of fashion.